By week three everyone knew the routine. Come to class, enter the server, join your workgroup, resume building. After the first interaction with the world map, students had a whole week to think and investigate on what they would like to work one, either a monument, a building or a biome. Most came back with new and fresh ideas while others continued where they had left last time. By now everyone where more comfortable with the whole project and were working faster and more efficiently, as seen from the photos below.

In the north of the country Dom Luís I bridge was concluded, while new elements were added to the biome.

The desert biome, also known as Alentejo, was expanded even more. Being the largest biome of them all, it is also the one that involves most of the manual work, since every single ‘grass’ block needs to be replaced with a ‘desert’ one.

In the south of the map, some students got together and began working on the beach biome, with some interesting ideas to accompany their creations.

Everyone would agree that the most ambitious area of the world is Lisbon, the capital city itself. To give this area an urban look and feel, some students started by building a hotel and a restaurant. A second group decided to initiate construction on one of the most famous Portuguese monuments, the Padrão dos Descobrimentos, situated on the bank of the Tagus River, which was previously added by the same group. 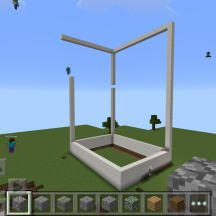 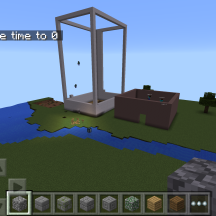 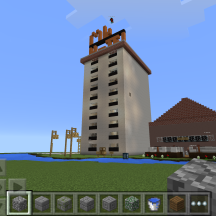 In less than two hours, we had all of the biomes of the world in some stage of development, while Lisbon was slowly taking shape.